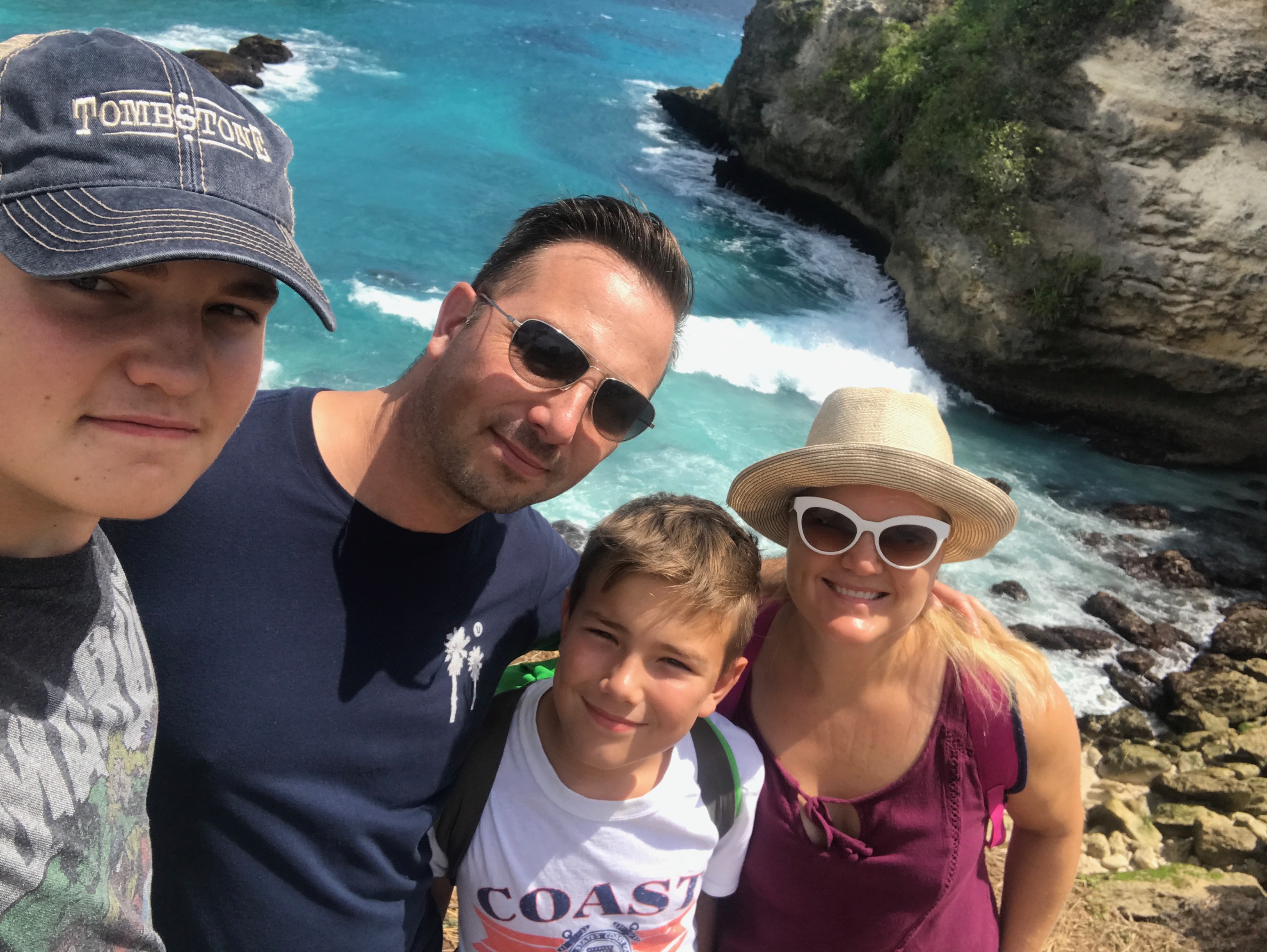 We have practiced vacationing a lot over the past 22 months, and I think we have finally found the perfect way to travel. Don’t get me wrong, all of our trips have been absolutely amazing. I have no complaints about any of them. However, our latest trip wins the prize for one reason: time. We had 8 glorious days on the island of Nusa Lembongan in Bali, and the thing I appreciate most is watching a transformation take place throughout our family.

When we first arrived, we were still very much a part of our hectic world back in Shanghai. Each of us living under one roof but at the same time, living our own individual lives. Work, school commitments, cooking meals, time with friends…you know how it goes, everyone constantly going in different directions. So we arrived on the island a harried family who were close but disconnected. I’ll admit I was a bit panicked about how the heck we would fill 8 days on a 7-kilometer island that offers little in the form of activities. Would we be bored out of our minds? Annoyed by each other?

To avoid the possibility of wanting to kill each other right off the bat, we filled our first few days with activities. Swimming, scootering, and exploring. When we didn’t have anything scheduled, we spent our time in the villa going in different directions. The boys to their rooms and Brett and I on our respective devices. Spending time together under the same roof but certainly not connecting.

We were quickly running out of things to do on the island, so we began to slow down, doing one activity per day instead of three or four. As a result, we had a lot of downtime. This was where I was worried. I usually plan every minute of a trip with activities to avoid downtime and the possibility of arguing or annoyance. But surprisingly, we didn’t go crazy. The boys didn’t complain about having nothing to do, and none of us got bored. I think we all appreciated slowing down. We needed it.

Then a funny thing happened. We all naturally started gravitating towards one another. Sitting together in the same room, talking, and getting along really well. Elijah, who refused to go in the pool when we first arrived went swimming. At first, it was the obligatory, “I’ll go in because I have to” attitude, but then he started going in on his own. Soon after that, he stopped being annoyed by everything Jack said or did and started playing with him in the pool. This in and of itself is a monumental feat for a 15-year-old. Jack who usually has to be entertained 24/7 began making up games to play on his own. I never knew there could be so many games to play in a pool and was impressed by his ingenuity.

Having fun with the Go Pro

As for Brett and I, we had time to talk and just be with one another. A huge blessing, in and of itself.

As a family, we played games of Uno, swam in the pool, talked, and connected. Best of all, we just slowed down. A shorter vacation would not have afforded such a luxury. We needed time to learn how to connect with one another. That skill seems to get lost in the hustle and bustle of everyday life. 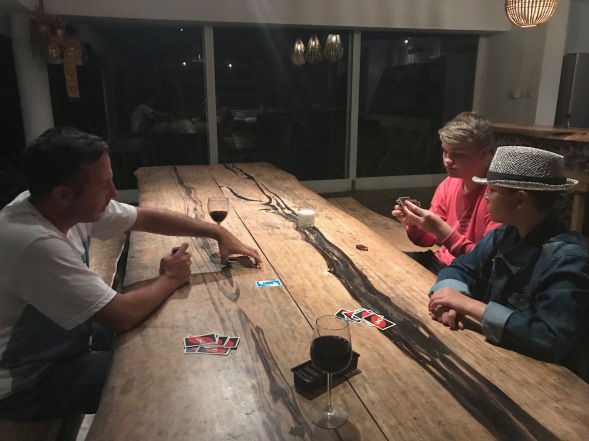 An intense game of Uno 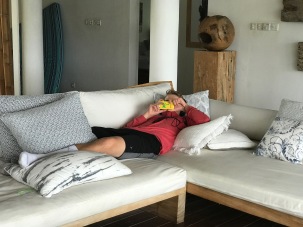 Ok, he is still on his phone BUT he isn’t in his room! WOW!

When I think back on our trip to Nusa Lembongan, I will remember the beautiful blue jewel water, stunning sunsets, and harrowing scooter rides. But most of all I will remember how we perfected the family vacation through the gift of time, togetherness, and doing a whole lot of nothing. 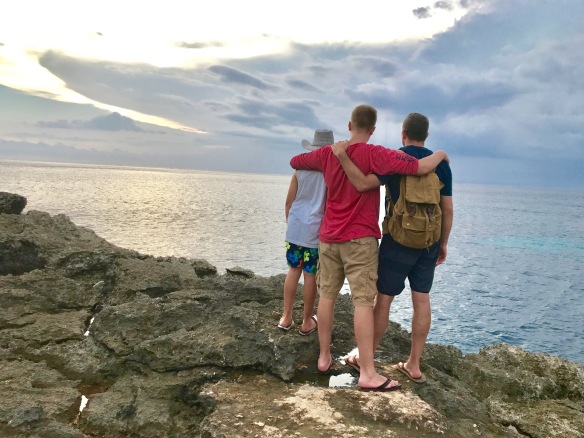 Welcome to my blog! I am dedicated wife and mother of four learning to live and love through the many adventures that come our way. Our lives are rich with the blessings of God's love and I rely on Him daily for guidance through this crazy adventure called life. We are the Burin Bunch and I hope you will enjoy joining me on our journey.